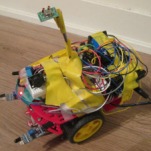 For developing countries to break free from poverty, aid and dependence trap, they need to focus on development through technology, talent and innovations.

At present there is overemphasis on trade. Trade is meaningless if developing countries do not have anything to sell. And where it is not matched by transformation in domestic education system that prepares youths to innovate, create products of tomorrow and compete in global marketplaces, we are simply raising a new generation of consumers for products being sold by multinational companies. The benefits to developing countries remain minimal.

The new age industrialisation is about innovations and preparing workforce of tomorrow to adapt and excel in an environment where they are expected to identify new challenges, come up with newer ideas, set up collaborative and multidisciplinary teams to develop these ideas, create prototypes, build business models, and launch them commercially. They are expected to create value through collaboration, creativity, swiftness, and willingness to take risks.

The current educational system in developing countries is not geared towards a production-oriented ecosystem. It fosters standardisation over chaos, conformity over creativity, and obedience over rebellion. This stifles innovation, ability to think ahead, and developing competitive instincts.  The new age of education calls for hacking, coding and prototyping – to not just leapfrog over existing systems but venture where no other has been before. For example, 3D Printers allows makers to come up with a prototype of their concept on the same day. It decentralises and lowers the cost of small scale production, and makes it as efficient as large scale production. It opens up newer business opportunities based on developing new, niche or customised products.

Similarly the ease with which things can be coded and made to communicate with each other,  makes it easier to set up internet of things, and come up with new social and commercial applications. Arduinos and Raspberry Pi are becoming the new Lego blocks of creativity and introducing youths to what future may hold (*). And the opportunities to produce and be a leader are immense, be it in the area of energy, transportation, food production, education, health, space and marine applications, and beyond.

Planners in developing countries would do well to develop a hackers mindset to break free from mindset of aid and dependence, and create ecosystem which encourages creativity and innovation among youths.

What do you think? Tweet your say to @nathvikas  or visit http://www.VikasNath.com

This entry was posted in Home. Bookmark the permalink.

1 Response to Development 2.0: We Need Hacker Mindset, Not Aid